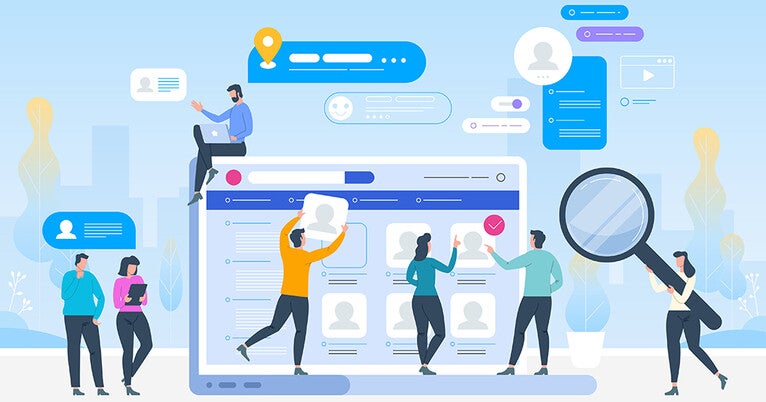 Shopping online. Searching the internet. Posting to social media. These ordinary activities allow Amazon, Google, Facebook and other digital behemoths to amass unprecedented amounts of people’s data while offering them little, if any, compensation in return.

In a new paper, “The Economics of Social Data,” Yale economists offer insight into why big tech companies can gobble up so much personal information at such a small price. It turns out that any one person’s data aren’t worth that much to Google et al. because the companies already know so much about our behavior from the data of people who resemble us, the researchers assert.

By collecting data from every email, purchase, post, or search on their platforms, the tech giants have amassed valuable information about entire groups of people who share similar characteristics, the researchers explained. The social nature of this data allows the companies to make statistical inferences that predict a wide range of behaviors, such as where people travel, how they live, and the kinds of products they prefer, according to the study.

When a shopper is… on Amazon, the company already knows a lot about their preferences based on data from people who share similar characteristics.

“When a shopper is looking for a book on Amazon, the company already knows a lot about their preferences based on data from people who share similar characteristics,” said Dirk Bergemann, the Douglass and Marion Campbell Professor of Economics in the Faculty of Arts and Sciences and a co-author of the study. “The additional information that the shopper provides companies is not that valuable, therefore they don’t need to compensate for the additional data. This creates an imbalance that favors the companies over individual consumers.”

Bergemann and his co-authors — MIT economist Alessandro Bonatti and Tan Gan, a graduate student in Yale’s economics department — show that the data’s social nature generates “social externalities” that give the big digital companies an advantage in obtaining data and potentially threaten people’s privacy. “Externalities” are side effects of economic activity that can produce positive or negative outcomes. For example, bees kept for honey might pollinate nearby crops, which is a positive externality. Increased air pollution is a negative externality caused by people driving to work.

Whenever someone posts on Facebook it can produce a social externality, Bergemann said. A post about, say, the purchase of new fashionable product conveys information that Facebook can use to predict the likelihood that people in the same or similar social networks will buy that product. While consumers might derive some value from this externality through the company’s targeted advertising, Facebook reaps a far greater benefit from it in increased sales of digital advertising. Moreover, few regulations are in place to prevent firms from trading on this social data in ways that harm consumers, he said.

Regulators have tried to level the playing field between consumers and big tech companies by attempting to secure consumers’ control over their information. This, they hope, will lead to people being compensated for the data they choose to share. But his approach is insufficient to protect privacy, the researchers argue, because, due to the externalities of social data, people relinquish control of their information to big-tech firms for little to no compensation.

A recent congressional report, “Investigation of Competition in Digital Markets,” produced by the House Judiciary Committee, extensively quotes the new paper to highlight the immense value of the personal and social data that digital platforms acquire in exchange for providing users “free services.”

[The big digital firms] profit from gathering massive amounts of data while consumers gain very little from handing over their information.

“The big digital firms have near monopolies on the personal data,” he said. “They profit from gathering massive amounts of data while consumers gain very little from handing over their information. People would experience greater benefits if the companies were in direct competition for the personal data.”

The researchers suggest the possibility of establishing consumer unions, similar to labor unions, to enhance competition and provide individuals greater bargaining power over how companies use their data. New policy interventions are necessary because the data market will not resolve these problems on its own, Bergemann said.

“These issues are of urgent societal importance,” he said. “The data market, which lies at the core of the internet economy, will not function efficiently absent policy interventions. Yet, our rules, regulations, and understanding of the market haven’t evolved much over the last 20 years. Our work provides a conceptual framework to help policymakers think through these issues, which are extremely complex and will require a range of interventions.”