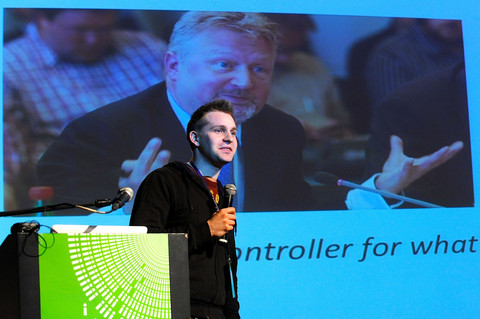 On its face, the decision is a rebuke of US surveillance practices and a blow to US exporters.

But the more enduring effect of this decision may be to isolate not the United States but Europe itself.

There is no easy or obvious solution to this crisis, but if the EU cannot find a way to ensure continued data flows, particularly with like-minded allies, Europe risks becoming an island in the digital world.

The transatlantic digital economy is deeply integrated, with about $300bn [€254bn] in trade in services that can be supplied digitally.

Thousands of US companies have depended on Privacy Shield.

The list includes familiar names like Marriott, lululemon, and Shake Shack, but most are small and medium-sized enterprises. Fishbowl of Alexandria, Virginia, provides marketing software for restaurants. Pelican Parts of Harbor City, California sells auto parts over the Internet direct to consumers.

These companies collect basic information about their European customers – name, email, and so forth – and transfer that data to the United States for processing and storage.

The “Schrems II” decision—named for Maximilian Schrems, an Austrian privacy activist who has spent most of the past decade fighting the free flow of European data to the United States—invalidates Privacy Shield, effective immediately.

The court’s concerns go back to 2013, when Edward Snowden revealed the reach of US domestic surveillance practices.

The global digital economy runs on data, and this decision makes it legally risky to export European data—not just to the United States, but almost anywhere.

Suddenly, firms can only confidently transfer European data to countries that have been deemed “adequate” by the EU. These “adequacy determinations,” which analyse how closely a country’s data protection laws resemble the EU’s own, typically take years to complete.

In 25 years, only 12 countries have received an adequacy determination, a list that includes Guernsey, Jersey, and the Isle of Man.

Among major digital economies, only Japan has full adequacy (Canada enjoys “partial adequacy”); for everyone else, there is no longer solid legal ground on which data can be transferred.

With this decision, Europe is sliding toward a system of data localisation in which European data must stay in Europe. Big companies can likely bear the cost of creating redundant data systems in Europe, and for cloud computing providers that already have data centres in Europe (such as Amazon, Microsoft, and IBM), this decision could bring new customers.

But many businesses might decide the cost is too great, and instead eschew the European market altogether. Where that happens, European consumers and businesses will suffer.

There is no disputing that US authorities have the legal power to compel firms to hand over data. But the United States also has meaningful legal limits on those powers.

The situation is not so different in Europe: almost all EU member states have laws that allow the government to carry out surveillance in certain circumstances.

French surveillance law, for example, gives the state broad authority to monitor phone calls and emails without a warrant, and requires internet companies to collect citizens’ data and share it with intelligence and law enforcement agencies.

Meanwhile, reforms implemented in the United States since the Snowden revelations have yielded safeguards that are clearer and stricter than most.

The United Kingdom is experiencing this double standard first-hand.

When it was part of the EU, the UK’s domestic surveillance programs were its own business: the European Commission has no authority to pry into member states’ security practices.

Post-Brexit, the EU is now evaluating the UK’s laws, and given the harsh judgment of US rules and practices, it is possible that the UK will be denied adequacy, jeopardising digital trade across the English Channel.

Where the rule of law cannot keep data safe, restricting the free flow of data may make sense.

Given the deep surveillance state in China and Russia, and the primacy of party over law, there is good reason to believe that personal data transferred to Moscow or Shanghai is neither private nor secure.

But lumping the United States, Australia, India, Korea, and potentially the United Kingdom into this same category is nonsensical.

And holding other countries to a higher standard than the EU holds its own member states violates a core tenet of the international trading system – a regime to which Europe professes great loyalty.

There are no quick fixes to this conundrum: the court’s argument is grounded in the EU Charter, and the decision is effectively constitutional. Tinkering with Privacy Shield at the margins is not likely to yield an agreement that will stand up under European judicial scrutiny.

The court has effectively demanded that other countries harmonise their laws with Europe’s own—and thus become eligible for adequacy—or be cut off from digital trade with the EU.

This is impractical and likely self-defeating.

When US and EU negotiators hammered out Privacy Shield, they did so because different societies—even those with common values—inevitably take different approaches to addressing the same challenges. Without mechanisms for interoperability, that diversity creates barriers to trade and commerce.

While some privacy activists have cheered the Schrems decision, the largely theoretical gains for data privacy may come at the cost of very real economic pain. Europe is deeply trade-dependent: its exports and imports total 90 percent of its GDP.

With more and more trade moving to the digital realm, Europe can ill-afford to cut itself off. Meanwhile, China continues to advance a vision for an internet that is fractured along national boundaries and controlled by governments.

The Schrems decision, along with Europe’s broader push for “technological sovereignty,” is a double blow in support of this top-down model.

Resolving the current crisis will take time and will earnest engagement among governments that seek an open, global digital economy with democratic values at its heart.

If Europeans hope to take part in that economy, the EU must opt for interoperability over harmonisation, and must avoid holding other governments to a standard that it cannot hold its own member states.

The European and American economies are both built on a foundation of post-War openness and trade—with each other, more than with anyone else.

Another 75 years of prosperity will depend on recommitment to those priorities.